In 2016, the Capitol Heights Volunteer Fire Department embarked on a campaign to recognize the impact of cancer and to raise funds to help find a cure. At the time, the pink fire engine, named “Courage” was stationed at our firehouse making every call an opportunity to acknowledge and discuss the effects of cancer. The CHVFD Tree of Courage was a way for people to remember a loved one or recognize someone who had or was still battling cancer. Campaign materials were created including a printed flyer and graphics for both web and social media using Abobe InDesign and Photoshop. I also created some of the ornaments that were requested during the campaign. All funds raised during the CHVFD Tree of Courage campaign were split between two cancer charities. 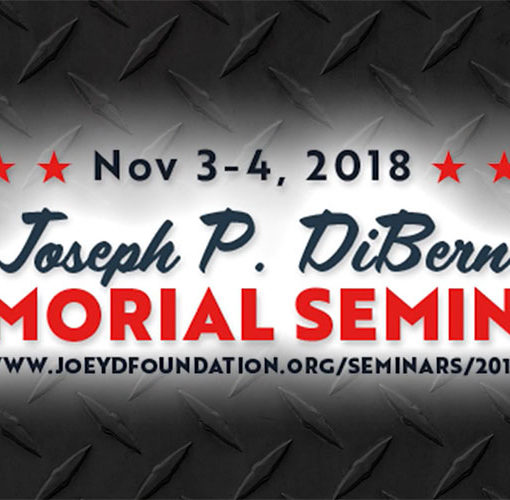 This promo video was created for the Lt. Joseph P. DiBernardo Memorial Foundation to promote their annual training seminar. With photos from Dennis Wittam and myself, this video was created using Adobe PremierPro. 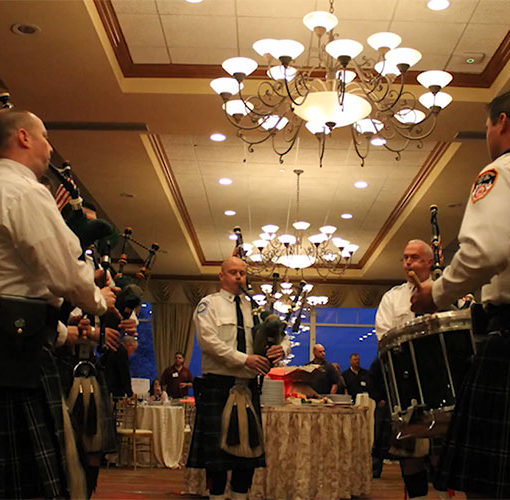 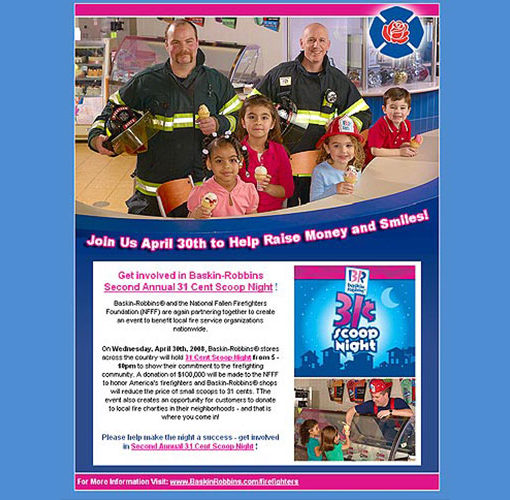 This promotional email blast was created using hand coded html and Adobe Photoshop for the promotion of a partnership between the National Fallen Firefighters Foundation and Baskin Robbins. 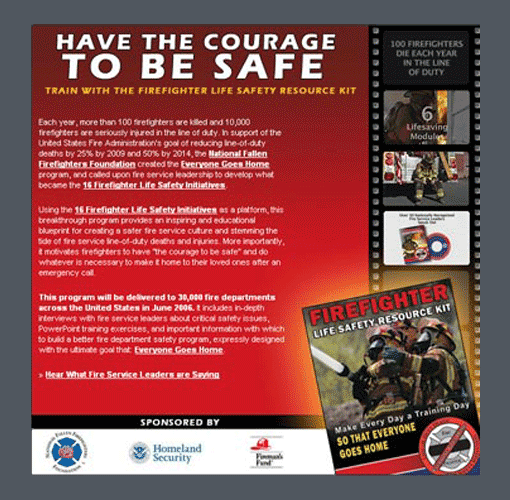 This opt-in email produced during my work for the National Fallen Firefighters Foundation’s Everyone Goes Home® Program was created to promote the release of the Firefighter Life Safety Resource Kit. The layout was created using Adobe Photoshop and hand coded HTML.